Protected Trust Deed On The Rise

New protected trust deed statistics released by the Accountant In Bankruptcy has shown that trust deeds have reached their second highest peak since the recession began. 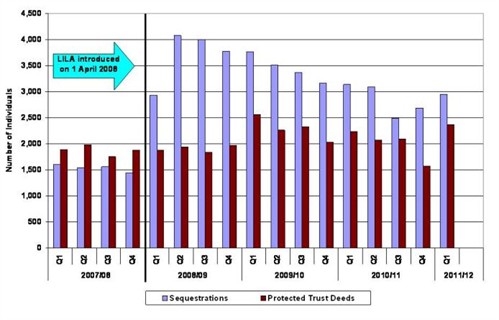 Altogether there was an increase of 25% in the number of insolvencies which equates to 5,319 more people.

Debt Support Trust spokesperson commented, “The severity of the debt problems in Scotland is unrelenting. Some debt solutions are declining but looking at the picture overall we can see the problem is getting worse.

The right support is required to help people with their debt problems. Speaking to a debt charity before the problems become too severe can mean thousands of people will avoid insolvency solutions”.